Skip to content
TWC – Are AWE & WWE Working Together?
Truth With Consequences

TWC – Are AWE & WWE Working Together? 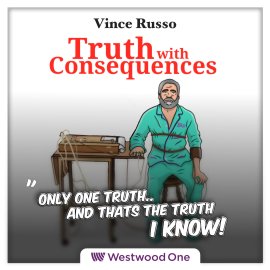 On this GROUNDBREAKING PODCAST, the world renown Conspiracy Horsemen:  Bin Hamin, Papadon, Big Sal and Stevie Richards, join Vince Russo to discuss the STRONG possibility of World Wrestling Entertainment and All Elite Wrestling working together to create a fabricated wrestling war in order to bring the millions of fans back to the sport who have left. And, no, we’re not talking about one coincidence—we’re talking about DOZENS!!! This is the show that NOBODY else will do. Being that Vince is already blackballed from an industry where he delivered its highest ratings—-he really doesn’t give a !@#$%^ in EXPOSING THE TRUTH. This is a MUST LISTEN!!!

Knowing I Won’t Do Anything Better by Bright Green used with permission. Visit BrightGreenMusic.com